The tax policy outlook, including an extenders package, hangs in the balance

The tax policy outlook for the rest of 2022 depends largely on the results of midterm elections.

Policymakers are realizing how businesses would benefit from amending section 163(j).

There is measured optimism on Capitol Hill about the prospect of tax legislation being passed before the end of the year. A so-called tax extenders package would potentially address two recent tax changes significantly affecting many middle market businesses: tax treatment of research and development expenses and calculations used to determine limitations on the deductibility of business interest expenses.

However, congressional staff on both sides of the aisle concede that the tax policy outlook for the remainder of the year largely depends on results of the midterm elections on Nov. 8 and have been noncommittal on specifics.

In this edition of Tax Policy Now, members of RSM’s tax policy team bring into focus the tax policy outlook for the rest of 2022. Below is a transcript of the discussion among Jim Alex, RSM tax policy leader; Matt Talcoff, RSM Washington National Tax leader; and Dan Ginsburg, RSM public affairs leader. The conversation has been edited for clarity and length.

Dan Ginsburg: It's fair to say that outside of passing a continuing resolution providing funding for the government to keep the lights on, we know Congress is now focused front and center on the upcoming November midterm elections. But we also know that traditionally there's activity on the legislative front in December, and that the likelihood of a potentially significant tax package emerging is fairly strong.

Jim, what are you hearing about the likelihood that these issues actually get addressed this year?

Jim Alex: Let's step back one second and define terms. Section 174 is a function of tax reform where up until this year you could immediately deduct the expense for R&D expenses. That has changed; now it's over a longer period of time, and even longer than that with regard to foreign investment in R&D.

Section 163(j) is more complicated. It's the deduction of business interest. The formula becomes less taxpayer-friendly this year because of, again, changes that came down from tax reform. So those are the two provisions.

Getting to your question: There clearly is bipartisan support for fixing the 174 provision—that is, R&D expensing. I'd say there is growing awareness about the business interest deduction provision, 163(j). It's certainly growing awareness from what we heard earlier in the year. That's number one.

Number two, clearly the most obvious determinant of what will transpire is the upcoming election. No surprise. We’re hearing a school of thought that if the Republicans take both the House and the Senate, they may wait until next year when they have a much stronger hand than they do right now in November and December, as we go into a lame-duck session after the election.

Broadly speaking, there is the likelihood of a tax package getting done once they come back from the election. But nobody knows for sure. Obviously, you can't guarantee anything that Congress will do, as we've certainly learned recently. But I'd say, clearly, there's more support for changing 174 (R&D) than there is for 163(j). For the latter, there’s growing awareness, but it doesn't have the same political support that we're hearing about 174. 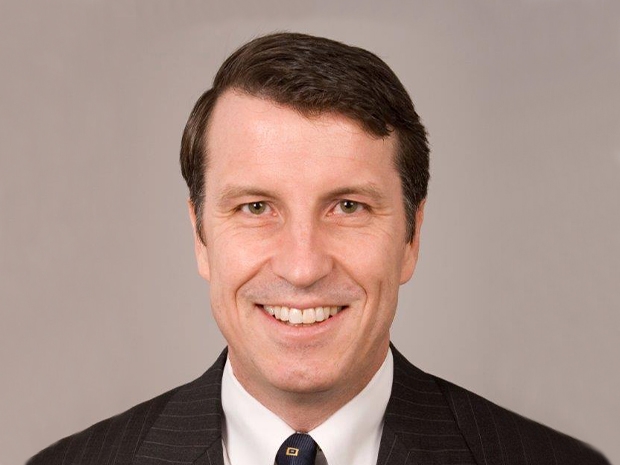 We’re hearing a school of thought that if the Republicans take both the House and the Senate, they may wait until next year when they have a much stronger hand than they do right now.
Jim Alex, RSM tax policy leader, on the prospects of a year-end tax extenders package

Dan: We are hearing that many Democrats are connecting the 174 R&D tax fix to the child tax credit. Is this a likely compromise?

Jim: We certainly are hearing that. The Democrats are discussing that. When we talk to Republican staffers with the Ways and Means and Senate Finance committees, there's less agreement on that. The difference is the price tag of the child tax credit as compared to the 174 policy provision, which would help businesses. There's a concern on the Republican side.

What may happen is there might be sort of an in-between solution, maybe a couple-year fix. That's not unlike Congress, to do a one- or two-year fix and kick it down the road to a year or two out. We'll have to see.

So, in sum, with regard to 174 (the R&D expense provision), there is clearly bipartisan support for that and a greater likelihood that something will transpire. The 163(j) business interest deduction provision, there is growing awareness, but it is less clear that we'll see political consensus with regard to a fix in November or December.

Dan: Interesting dynamics. Let's focus on 163(j) for a moment. Matt, can you describe what you're hearing from clients on this, as well as whether you think it's going to be addressed this year?

Matt Talcoff: It is clear that there is support for this, as Jim said. There's growing awareness, but there is not as much momentum behind it as there is for addressing the R&D fix.

However, we do know this is an important issue for many of our clients. We've spoken with them, and as they're dealing with things like supply chain issues, getting labor, and all the other costs that are going into this year, they want to figure out ways to conserve cash. So limiting the businesses expense is an impact to them. We do have examples of clients, many of which have been impacted by a quarter of a million dollars or more, based on this new business limitation rule this year.

Just as we did with the section 174 R&D item, we are working on an RSM comment letter to help educate lawmakers about just how much of an issue this is for many middle market businesses. We encourage businesses to continue sharing their thoughts. These thoughts help us to convey the broader concerns of the middle market when we're up on Capitol Hill.

Model out your cash flow for this year… as if these rules did change. That will help you understand the effects.
Matt Talcoff, RSM Washington National Tax leader, on planning for a year-end tax extenders package

Dan: With all of this uncertainty, what are we telling companies to do so they're prepared regardless of the outcome?

One is model out items. Model out your cash flow for this year. Let's see where cash will come out. Make sure that we consider the law as it is in place today with respect to R&D, business interest limitations and other rules, and then model out as if these rules did change. That will help you understand the effects.

Number two: consider structuring. We have seen many business owners consider whether they wanted to convert some debt to preferred equity, for example, to potentially get around some of these business interest limitation rules. We have a really good Washington National Tax alert on those planning ideas.

Number three: consider other things. We are seeing businesses and business owners look at items like research and development. They're also considering the new Inflation Reduction Act and whether some of those energy incentives might help with cash flows this year and beyond.

Choose from timely legislation and compliance alerts to monthly perspectives on the tax topics.