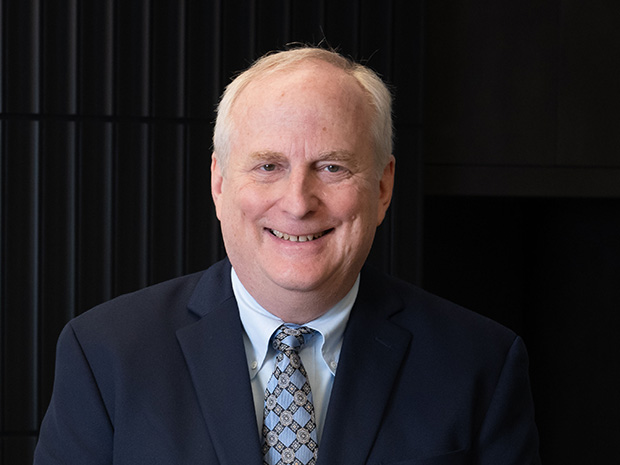 Doug Opheim is chief financial officer of RSM US LLP, a role he has held since 2010. He is known as one of the most influential leaders in RSM’s history and has been with the firm since 1980. He is also chairman of the RSM US Foundation’s board of directors.

Doug has been a senior leader at RSM since 1998, serving throughout his career as an audit leader, chief operating officer, and currently chief financial officer. His first role in senior leadership occurred when he helped accomplished the sale of the tax and consulting services to H&R Block in 1999.  This transaction was critical to RSM becoming the leading provider of assurance, tax and consulting services focused on the middle market by providing necessary capital. He has been responsible for deploying that capital for over 85 mergers in his tenure which has been a critical growth strategy for the firm. In 2011, he was instrumental in the buyback from H&R Block and secured the partner and bank financing to reestablishing the firm as a partner-owned business. He has experience on many aspects of the business and currently oversees the RSM US Foundation, as well as finance and information technology for RSM. He is also known as the “resident historian” of RSM.

Doug joined the firm in 1980 as an auditor and became one of the audit leaders in the firm.   During his tenure, he reengineered the firm’s audit process and developed the first-ever paperless audit for midsize businesses. His ability to understand both people and technology has helped him shape the strategy for the future of the firm.

The son of two educators, Doug has always been passionate about education and stewardship. As a student, he received a meaningful scholarship to his local community college, which instilled in him a desire to provide opportunities to other students and youth. As current chair of the RSM US Foundation, he has that chance. Doug spearheads giving opportunities for the foundation, which has provided $21.4 million in programs focused on education and organizations serving youth in the areas of hunger, housing and health since its inception in 2015.

Doug has parlayed his love of cooking into a charitable event to raise money for the RSM Foundation. “Dinner with Doug” is a coveted ticket for RSM colleagues, who enjoy a meal prepared by Doug in his home.

Doug is a pragmatic leader known for his no-nonsense approach to business. He has played key supporting roles at RSM throughout his tenure, but his long-lasting impact on the strength and stability of the firm is unmatched.