The battle for retention: What do workers want?

83% of middle market employees are proud of where they work, compared to 78% at larger companies

However, middle market employees are more likely to apply for jobs elsewhere

Employees seek new jobs due to salary and benefits, but also knowledge, skills and opportunity

Facing record-low unemployment, middle market companies have placed even greater emphasis on retaining employees and establishing continuity in a time of frequent change. The pandemic has changed the modern workplace—perhaps permanently—as many organizations adopt remote and hybrid work models. And with trends like quiet quitting and the “great resignation” creating upheaval and stress in personnel departments across North America, keeping existing employees on the rolls has never been more important.

Earlier this year, an RSM Middle Market Business Index special report looked at how the pandemic changed the middle market workplace and how employers restructured operations in response. However, with the balance of power shifting from employer to employee, more perspective was needed from employees. In response, RSM conducted an online survey in the fall of 2022 of over 4,000 workers in both the United States and Canada, split between middle market and large organizations. The resulting data provides a deeper understanding of how employees feel about their current employer, their role in the workplace and what factors could build greater satisfaction moving forward.

Compared to counterparts at larger companies, U.S. middle market employees also report that it would be easier to get a new job than to ask for a raise (54% vs. 47%).

“Instead of waiting for your employees to ask you for a raise or a promotion, you can ask them what they need to stay at your company and grow,” commented Marni Rozen, RSM’s human capital consulting leader. “People will generally tell you what they're looking for, and even opening up that dialogue and letting people know what opportunities are available is a positive step forward.” 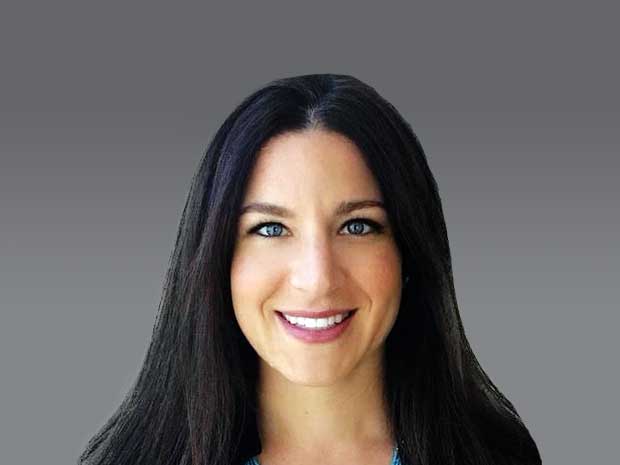 Instead of waiting for your employees to ask you for a raise or a promotion, you can ask them what they need to stay at your company and grow. People will generally tell you what they're looking for, and even opening up that dialogue and letting people know what opportunities are available is a positive step forward.
Marni Rozen, Human Capital Consulting Leader, RSM US LLP

While the current environment for talent retention can seem daunting, middle market companies can make the adjustments necessary to address many of the features employees are looking for in the workplace.

Not surprisingly, among those who are actively looking for a new position, salary and benefits are a top theme, according to qualitative data. And while many companies initially responded to staffing shortages by increasing compensation, that may not always be the best response.

“While compensation is obviously important, it is often not the most critical thing,” said Rozen. “It doesn't necessarily solve the other issues that we're seeing that employees may find more important, such as flexibility and more autonomy over their schedules.”

In addition, increasing compensation is not always possible. But luckily, many of the additional characteristics employees want in the workplace are not tied to finances, but rather to career development. For example, according to qualitative data, knowledge/skills/opportunity is also a leading theme for U.S. and Canadian middle market employees who are actively evaluating new opportunities.

“From a tactical and people perspective, focusing on career development is a win-win,” said Rozen. “Closing any potential skill gaps is important from a business perspective, but overall development is also what people are seeking. I think people would stay at an organization when they see opportunity ahead of them, they feel like they're working for something and they see a middle market company investing in them.”

Further, middle market employees were asked about what they have versus what they want at their current job. In both the United States and Canada, the most considerable gaps were with above-market compensation and incentive compensation arrangements. However, just below these gaps for U.S. middle market workers were defined career paths and equity/share ownership.

When asked about the elements of an ideal job, middle market workers in the United States and Canada were once again generally in agreement about what is most important. Employees in both countries believe that work-life balance, support from a supervisor/boss, fulfilling work and the potential for advancement/promotion are the most critical elements of the ideal position. Focusing on or expanding upon any or all of these characteristics presents a key opportunity for middle market organizations to stand out to employees and increase satisfaction.

“These opportunities don't have to be things that have a large dollar cost,” said Anne Bushman, leader of compensation and benefits in RSM’s Washington National Tax practice. “The survey shows there are many things your employees are likely looking for that are not purely financial. There's a way to build loyalty through items that are not necessarily all that expensive.”

Changes to operations will likely be necessary on an ongoing basis to keep middle market employees engaged and satisfied, and therefore encourage more of them to stay with their current company. But in many cases, careful planning is necessary to ensure new processes and strategies align with overall business goals and any potential compliance requirements.

For example, Bushman detailed how taxes could be a compliance concern for any new employee retention strategies. “You need to make sure that you're not unintentionally increasing a tax cost that you didn't know was there,” she said. “When you do something completely different—especially when it involves compensation or benefits—you want to go in with eyes wide open about potential costs and tax requirements. It may or may not affect your decision, but it’s just another thing that you must consider up front.”

What is the ideal job?

When asked about the ideal job, middle market employees cited the following aspects as most critical, above all others:

In today’s competitive labor environment, the importance of employee retention is unlikely to subside in the near future. Employees have more options than ever before, but it will always be less expensive and less disruptive to retain your high-performing workers than attempt to hire new ones.

“You need to listen to the workforce because it’s such a big asset for your company. You need to understand the impact of changes to the workforce and what (employees) want because otherwise, you may not get that bang for your buck that you're expecting,” said Bushman. “I think the opportunity is there to attract and retain talent if you do really listen and respond accordingly.”

Data were collected by Big Village on behalf of RSM. An online survey was distributed to adults 18 and over in the United States and Canada who reported having at least one job. Data collection occurred from Sept. 23 through Oct. 6, 2022. The final sample size was 2,017 for the U.S. and 2,015 for Canada.

Big Village is a global advertising, technology, and data company. Driven by our diverse group of experts, we provide a new way of working by bringing programmatic solutions, media, insights, and creative all under one roof. Big Village is headquartered in New York and has 12 offices across North America, Europe, and Australia. Find out more at big-village.com.

To navigate an increasingly complex talent environment, middle market companies need to stay ahead of the trends affecting labor and workforce.