Stress in the British financial markets plummeted as voters handed the Conservatives and Prime Minister Boris Johnson a clear victory on Thursday, signaling an end to years of gridlock over Brexit. The RSM Brexit Stress Index, which measures financial and economic risk surrounding Britain’s impending departure from the European Union, dropped to an insignificant 0.01 standard deviations above normal levels of implied stress, down from last week’s already low stress level of 0.29 standard deviations. 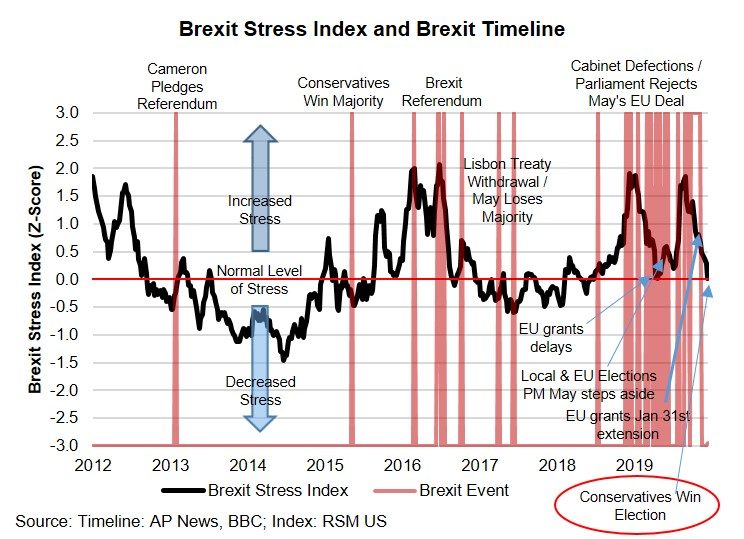 Conservatives will form the next government with a clear majority, which could clear the way for a Jan. 31 exit from the European Union common market. But observers might add the caveat that there are still many trade negotiations to complete, and that could take years.

So the market wisdom might just be something like this: Despite next month’s Brexit, the British will still be in the common market for quite some time – a trial separation of sorts before the final split.

The pound — which had been somewhat unresponsive in the run-up to the election — strengthened dramatically in the overnight markets once it became apparent that Johnson had been given a clear victory and Jeremy Corbyn announced his stepping down as Labour’s leader. The pound then had to hang onto its gains as the day progressed.

The equity market gave its nod of approval, strengthening after the Friday morning opening and then holding its gains. And in the bond market, 10-year yields jumped as high as 0.89% early in the day before settling at 0.85%.

But despite Johnson’s mandate to pursue Brexit, the United Kingdom still faces uncertainty. In Scotland, which has had its own stirrings of separation from Britain, Jo Swinson, leader of the Liberal Democrats, lost her seat to the Scottish National Party. And in Northern Ireland, which is no longer predominantly Protestant, particularly among its younger voters, both the Democratic Unionist Party and Sinn Fein lost votes to the “cross community” Alliance Party.

There is still an indeterminate amount of economic mess and political and policy uncertainty for the markets to reconsider. Just not today.

The pound’s immediate response to the election was a dramatic 2.6% gain on the euro. The pound ended up the week increasing 0.8% on lower volatility versus the euro while losing 0.4% against a basket of its trading-partners’ currencies. British consumers must still contend with an 11% pound deficit since the Brexit referendum, while speculative positioning continues to short the pound. 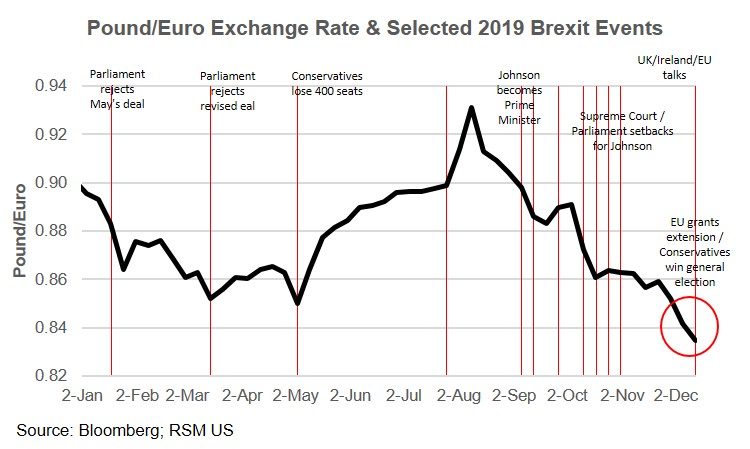 The stock market response to the Conservative victory was for the FTSE 100 to pop up 1.5% after the opening. For the week, the FTSE 100 turned in a 2.3% return on higher volatility. 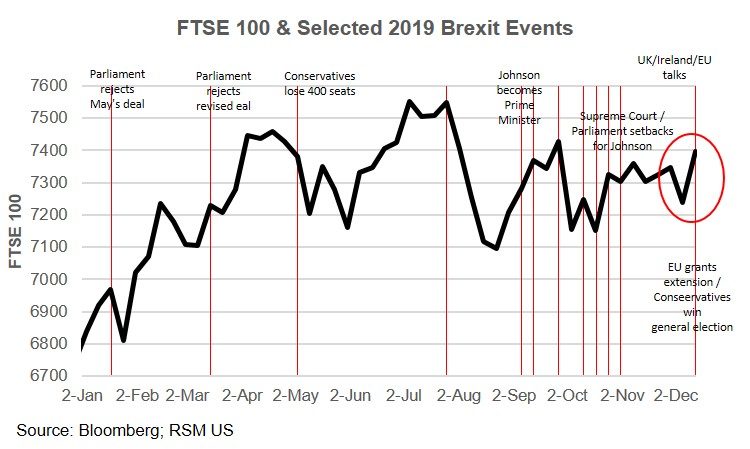 The bond market continues to price in stronger growth, pushing the yield on 10-year gilts higher by 7 basis points for the week to 0.85%. Still, the government yield curve remains inverted, but now only out to five years’ maturity. The corporate market has been pricing in slightly less risk for most of the past two months. 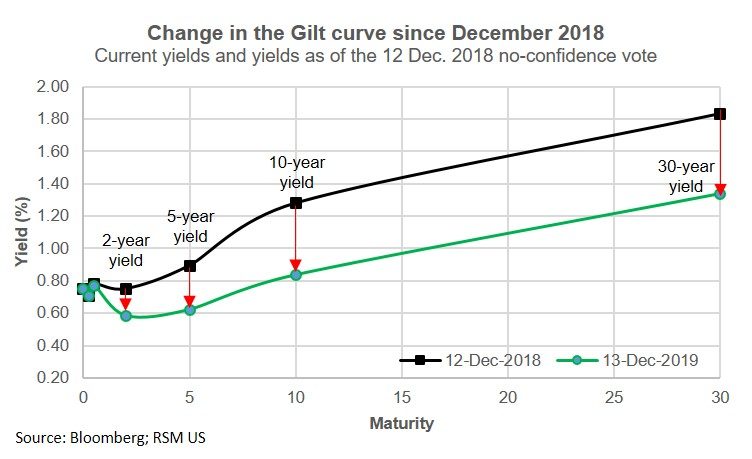