Lessons from the American dream mega-mall

What real estate investors can learn

What happens when a real estate investor does not look at changing consumer preferences when undertaking a new project? More often than not, it ends in disappointment, and lost money.

One project that is heading down this path is New Jersey’s American Dream megamall. The unfinished property, which has cost investors about $2 billion so far, is falling well short of the $1.9 billion in gross sales it expected to generate in its first year. Now investors are having a hard time meeting the project’s mounting debt obligations.

So how did this project end up in such a big hole? Though there are many reasons, a big reason is a failure to appreciate changing consumer preferences, some of which were already underway when it was conceived, and a little bad luck.

The tortured history of the American Dream is an object lesson in how ambitious plans with the best of intentions can go awry. The megamall was dreamed up in 1994 by the Mills Corporation, a real estate investment trust—right around the peak of America’s love affair with malls. In 1990, a record 19 new malls opened in the United States.

As malls began to struggle, retailers started to develop their e-commerce offerings, and, in the physical world, favored stand-alone big-box stores.

And so it was with great fanfare that Meadowlands Mills was announced in 1996, but it quickly encountered resistance from environmental groups that objected to its location in the wetlands.

The state would eventually bless the project, and after delays, the project gained new life in 2002 when the New Jersey Sports and Exposition Authority, which wanted to move the New Jersey Nets out of their arena at the time, asked for proposals from developers. The NJSEA ultimately selected a proposal from the Mills Corporation in connection with Mack-Cali Realty Corporation.

The project seemed to be on track and even got a new name, Xanadu. The developers broke ground in September 2004.

But around that time, America’s fascination with malls was fading. Consumer preferences were changing as shoppers began to go online and shy away from malls, many of which had not been renovated in decades. Besides, there was a growing perception that malls were becoming dangerous, even though there was little or no empirical data to support that claim. Retailers, in response, began to develop their e-commerce offerings, and, in the physical world, favored stand-alone big-box stores—think of Best Buy. 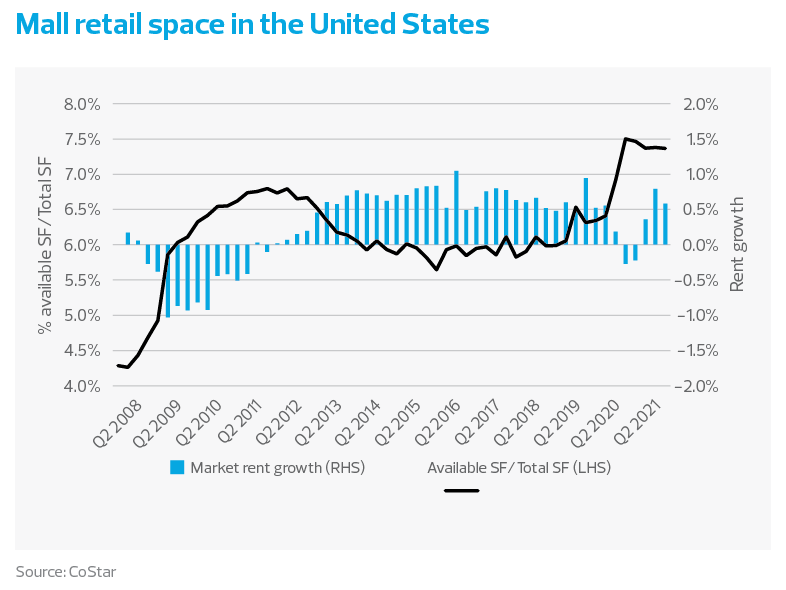 There would be more roadblocks. The Great Recession led to multiple ownership changes for the project and stoppages in construction as one of the lenders, a subsidiary of Lehman Brothers, missed debt payments. Other lenders withdrew from the project.

But in 2011, the project again gained new life and was rechristened yet again, this time as American Dream.

A deal to take it over was struck with Triple Five Group, the owner of two of the largest malls in North America, West Edmonton Mall and Mall of America. Triple Five Group, with such deep experience in large retail projects, had grand plans to shift away from focusing on shopping to luring people with experiences. Under the new approach, approximately 70% of the mall would be devoted to entertainment facilities, and 30% would go to retail locations.

Xanadu would have something for everyone: An indoor amusement park, water parks and an ice skating rink, in addition to the indoor ski slope that had initially been planned for the mall.

But would that be enough?

The owners would have to wait. More delays would follow: financing and permitting remained a problem, and work became mired in a stream of lawsuits, leading to a piecemeal approach to construction. Finally, in 2017, the company obtained financing through a syndicated agreement to complete construction. The mall would open in four stages, starting in October 2019 and finishing in March 2020.

And indeed, the first phase of the mall opened that October. But then, almost on cue, came the biggest shock of all when the pandemic hit. The mall closed on March 8, 2020, as COVID-19 led to severe restrictions on economic activity.

The fallout would be significant as a string of bankruptcies among major retailers resulted in marquee clients pulling out of the mall. Still, the mall continued to defy its doubters, and it managed to reopen in October 2020. Since then, the owners have been forging ahead with plans for experiential retail like the Legoland Discovery Center, Sea Life Aquarium and a Coca-Cola-themed restaurant.

American Dream is hardly the only mall to encounter the headwinds of changing consumer tastes, not to mention the pandemic. Average vacancy rates surged nationally, increasing from 2.1% in the first quarter of 2002 to 7.3% as of August 2021, according to CoStar.

The result is that many malls are now on life support. Coresight Research last year estimated that 25% of America’s 1,000 remaining malls will close over the next three to five years.

In January 2002, online retail sales made up 9.8% of retail sales, excluding some categories. In August of this year, that number stood at 25.53%, according to the U.S. Census Bureau.

It’s no mystery that this change is being driven by the profound change in the way consumers buy goods. In January 2002, online retail sales made up 9.8% of retail sales (excluding food services, gas, building materials and motor vehicle deliveries). In August of this year, that number stood at 25.53%, according to the U.S. Census Bureau.

It all makes for a difficult financial equation for the owners of American Dream, who are financing the project with large borrowings from municipal bonds ($1.1 billion) and senior construction ($1.2 billion) and mezzanine construction loans ($475 million).

If there is any lesson in the American Dream case, it’s that real estate investors need to anticipate where consumers are going. The pandemic dealt a severe blow to projects like American Dream. But consumer preferences were already changing, and the pandemic only accelerated those changes.

In a tech-enabled world, the highest and best uses of certain real estate will not be the same as the ones that have produced historic results. Sometimes, perhaps, a swamp should be a swamp.