Are direct listings the latest trend in tech?

Spotify then Slack, who will be next?

A number of highly anticipated tech IPOs took place in the first half of 2019. But Slack, the workplace chat company debuting on the New York Stock Exchange last month, chose a direct listing. Is the approach, also taken by online music platform Spotify in 2018, becoming a trend?

With high rates of cash burn, executives of emerging technology companies have historically chosen the IPO route, which offers a chance to raise capital with newly issued public shares and replenish the coffers. Slack, however, chose a direct listing approach, giving its early private investors liquidity and the opportunity for a premium from the public market.

At this point, the strategy seems like a good bet. Slack, trading under the ticker WORK, closed at $38.62 recently, a premium of nearly 50% over the company’s listing reference price of $26 a share on the NYSE, as reported by the Wall Street Journal. In comparison, Spotify’s direct listing reference price was $132, but the stock opened north of $165 per share. 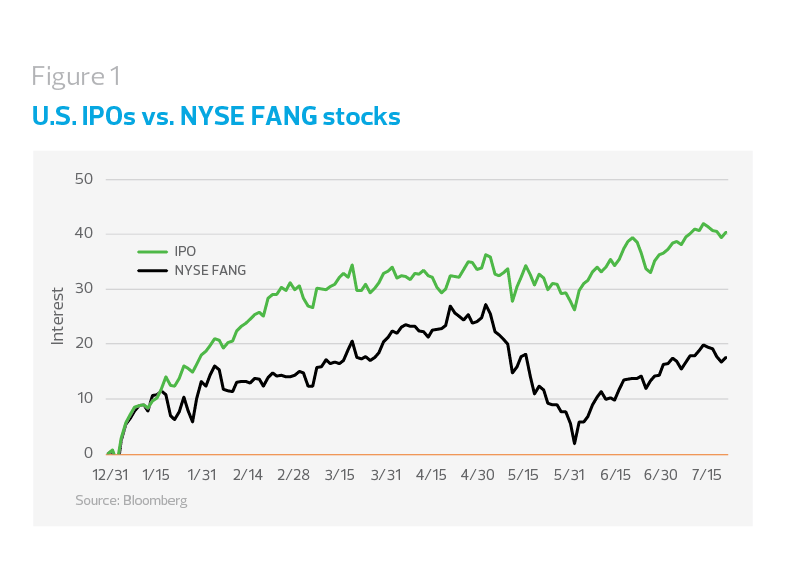 Unlike a traditional IPO, a stock that launches through a direct public offering arrives on a public exchange without the pomp and circumstance of a roadshow to woo would-be investors. No investment banker is enlisted to determine how much stock to sell and at what price—something that can cost a company about 7% of its IPO proceeds. There is no risk of dilution of the stock, since no additional shares have been issued.

Executives of technology companies generally have not had difficulty raising late-stage capital in recent years, so a direct listing also offers the chance to increase market capitalization over time, as the markets have typically sent tech shares higher. (Stock in Apple, which went public in 1980 at $22 a share, is now valued at nearly $200 a share, with a total market capitalization of nearly $918 billion.)

A direct listing is not without risk, however, and could result in significant volatility in the listing company’s stock price. That’s why technology company leaders are keeping a close eye on Slack’s performance.

A good year to date for tech offerings

After the government shutdown in the first quarter, which delayed some IPOs, a number of technology unicorns appeared on the public markets. Uber, Lyft, Pinterest, Zoom Video Communications and CrowdStrike—all with valuations in excess of $100 billion—have made it a good year to go public so far.

Zoom Video Communications and CrowdStrike have fared the best, doubling their share prices since their market debuts. Recently, the IPO of the cybersecurity firm CrowdStrike performed particularly well; after debuting at $34 a share, it is now trading around $75.

So what’s behind Slack’s $15 billion valuation? In five short years, the company has been able to sign 600,000 customers onto its communication platform; in the last four quarters, it has had customer growth of 49% (see Figure 2 ). In addition, according to Bloomberg, Slack’s premium valuation may be due to its higher sales growth expectation versus their software peer group. In July, Slack had traded at about 20 times enterprise value to fiscal 2021 consensus sales multiples.

And while the public market paths of Slack and Spotify may not yet signal a trend, it is possible that other tech unicorns could go public through direct public offerings, particularly if Slack’s entrance to the NYSE is well-received by the capital markets. Established tech companies like online lodging platform Airbnb that have had access to private capital over many years and enjoy a strong brand reputation, are undoubtedly considering the possibility of a direct listing as well. Time will tell. 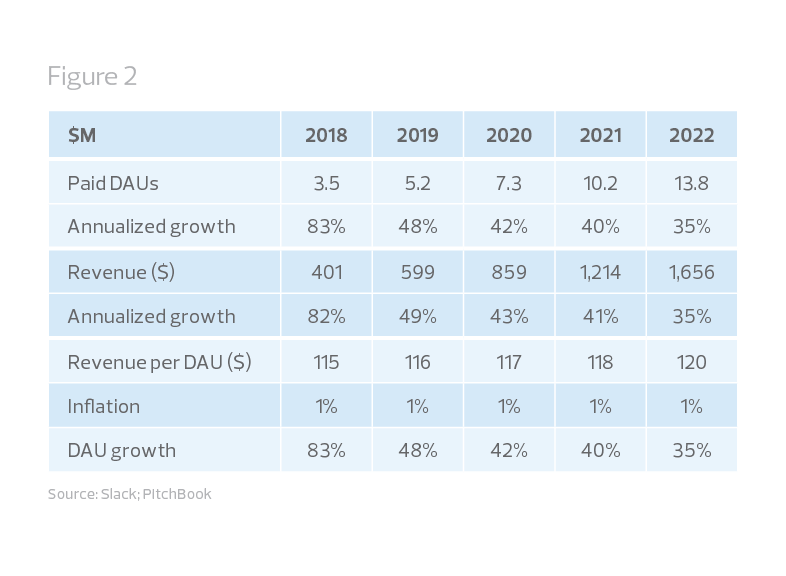