What’s behind the decline in 10-year Treasury yields?

The yield on 10-year Treasury bonds has been on a roller coaster since reaching its recent peak of 1.74% on March 31, dropping below 1.50% in late June.

If the initial move up to that peak can be rationalized as a response to the risks around higher growth and inflation, then the move below 1.50% in the midst of an economic recovery involves a resetting of those concerns.

An infrastructure package that increases the productivity and competitiveness of the American economy will pay for itself when interest rates are this low.

The factors in this down cycle likely include:

Regardless, sub-2% interest rates are not what a healthy economy would support, and suggest the need for sustained support from the fiscal and monetary authorities. An infrastructure package that increases the productivity and competitiveness of the U.S. economy will pay for itself when interest rates are this low. 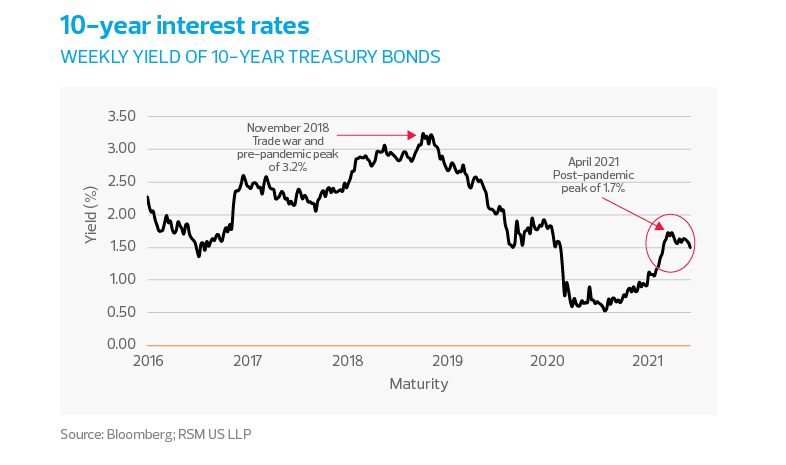 The increase in inflation to 5.0% in May from 4.2% in April has pushed the real (inflation-adjusted) yield on 10-year Treasury bonds even lower, to negative 3.5%. The goal of the monetary policy is to facilitate investments by pressuring interest rates lower. A negative real-yield curve and expectations for a growing economy and normal levels of inflation will allow those investments to be paid back in inflation-depreciated dollars. 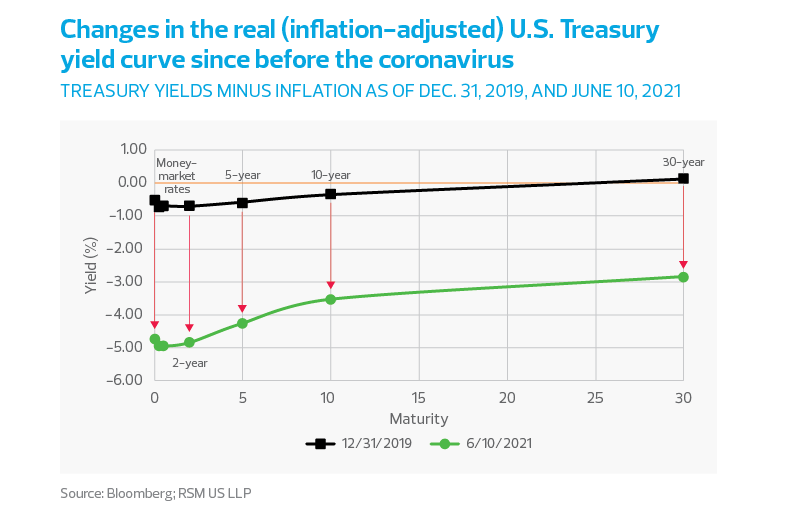 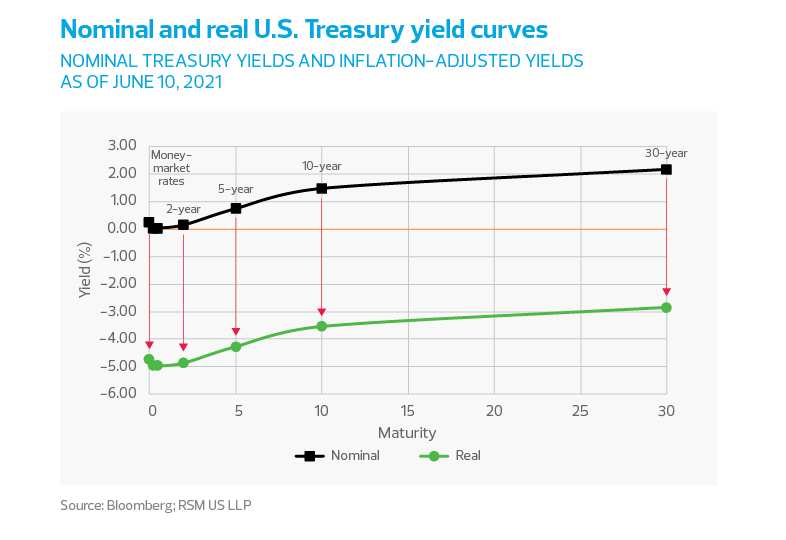